The world may not have ended on December 21st, 2012, but it looks highly likely that the economic dominance of the US will be very much in its death throws during 2013…

This puts the UK, with its intimate links to both the US and the Euro-zone, in a very precarious position. On hearing about the looming fiscal cliff and the risk of hyperinflation there are some people who will be tempted to build a bunker, dress like an action man and stock up on freeze-dried chicken noodles (the kind of people who give preppers a bad name courtesy of the Discovery Channel). But those of us who enjoy fresh air (and fresh fruit & veg for that matter) like to take a more logical (in actual fact ‘methodological’…) approach.

The word economy comes from the Greek oikonomos (manager of a household) and is closely related to the word ecology (oikos = house + logia = study), but modern attitudes which focus on ‘bottom lines’ and ‘perpetual growth’ can seem far from homely. This is because the economists define wealth and security in terms of access to the market. But despite being elevated to a central position for the last few centuries the market is not the most important factor in the economy… the real driving force of the economy is – and always has been… – the land. As The Land magazine say in their manifesto:

Anyone who has land has access to energy, water, nourishment, shelter, healing, wisdom, ancestors and a grave. Ivan Illich spoke of “a society of convivial tools that allows men to achieve purposes with energy fully under their control”. The ultimate convivial tool, the mother of all the others, is the earth.

Don’t get us wrong, markets can play a vital role in the peaceable exchange of skills & resources and in countering creative and cultural stagnation, but when the market is placed above every other aspect of human ecology the effects are devastating… hence the current crisis. The dominant economic and legal systems we are expected to live by have divorced the vast majority of us from both the land in general and the skills to cater for our own central needs – food, shelter, sanitation, etc. – in a convivial and ecologically sensitive way. And as the ongoing economic crisis makes it ever harder for an increasing number of people to secure access to the essentials, the ecological crisis – which is itself a product of a dysfunctional socioeconomic worldview – is making present human ecologies even less stable… a viscous circle spinning at the heart of a perfect storm. 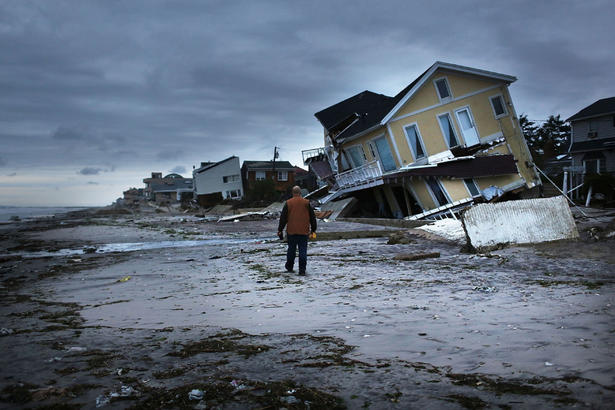 If this sounds a bit gloomy, it is; there’s little point in denial when it comes to one of the most rapid and monumental changes in the earth’s climate. What’s more there’s not a whole lot of real, decisive action taking place… in fact, thanks to a political system ultimately based on lobbying clout (whoever can pay has the last say), the very opposite is true. On a global level we’re about to witness some of the most dramatic shifts in sovereign power for centuries, but there is little evidence to suggest that Gaia will replace the gun regardless of who’s in the big chair. On a local level even before the economic crisis there were very few local authorities which paid anything more than lip service to building genuinely resilient communities. But we have now reached a point where we are being forced to reconsider both our economic and ecological systems in the light of the overwhelming evidence that continuing along our current path is almost certainly suicidal.

Well that’s the doom & gloom done with, now for a glimmer of hope… THERE IS A BETTER WAY!..

Permaculture is a design system which uses naturally occurring ecological patterns and feedback-loops to create highly sustainable, convivial and resilient human habitats. Far from being a pie-in-the-sky utopian dream these are widespread everyday practices which often take advantage of techniques that have been known to humans for millennia (and to mother nature for billions of years). What’s more it is a process which doesn’t rely on any outside help from politicians, bankers or business gurus; so regular people (like you and me) can begin to make a very real difference – both locally and globally – regardless of the inactivity of government and the local authorities. Some might find that they have to bend the rules a little depending on exactly where they live and the socioeconomic circumstances they find themselves in, but absolutely anyone can – and should!.. – begin to practice essential permacuture principles today.

Permaculture is no magic bullet, as you’ll quickly discover it’s all about small steps and a lot of patience. But taken seriously each small step you take will lead you  to a healthier, more fulfilled and resilient (not to mention cheaper!..) way of living.

There are plenty of freely available online resources (this is a good place to start), but if you have some spare cash one of the most accessible (not to mention most beautiful) introduction books has to be Graham Burnett‘s “Permaculture, A Beginner’s Guide.“ 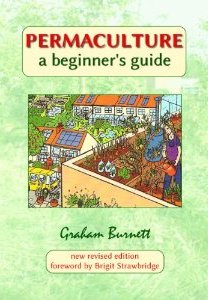 At the moment it’s on special offer and includes a copy of Graham’s “Top of the Crops“, but even if you miss the offer we recommend ordering Top of the Crops as well anyway… especially if you have kids!

PermaFuture will be hosting an Introduction to Permaculture workshop in Doncaster sometime in the Spring; drop us a line or follow the blog for further details… in the meantime, GET GROWING!

Published by The PermaFuture Project

We combine Permaculture and survivalist ethics and strategies to plan for a sustainable and self-sufficient future - both for individuals and communities. View more posts